Most Expensive Chicago Neighborhoods for 1 Bedroom Apartments in 2019 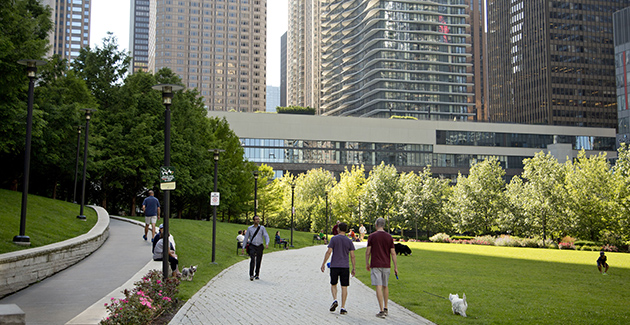 Lakeshore East may sound unfamiliar to many Chicago apartment renters, whether they’re lifelong Chicagoans or recent arrivals to the city. That’s because this neighborhood is a somewhat recent development. Renters won’t find scores of classic, vintage Chicago apartments in this pocket of downtown Chicago. Practically everything here is new, from the celebrated design of buildings like Aqua Tower to the interactive playgrounds and nature paths of Maggie Daley Park. The Chicago River’s south bank acts as the northern border of this neighborhood and it extends down to Millennium Park. The western boundary is Michigan Avenue and the lake is the eastern border of this downtown Chicago enclave.

Ranking at the top of the list for most expensive 1 bedroom apartments in town is the River North neighborhood. What’s driving the higher costs of renting in this downtown-adjacent neighborhood? For starters, the abundance of high amenity buildings and spectacular condos for rent with world-class views of the city’s iconic skyline and the Chicago River will help push the rents skyward. Newly built properties that cater exclusively to renters, such as the new towers rising at Wolf Point, are taking a page from surrounding condo buildings by constructing homes that feel luxe and comfortable with the flexibility of leasing instead of owning the unit. And included with the higher rent, apartment dwellers should expect an array of sweet amenities like outdoor swimming pools, state-of-the-art fitness centers and there are plenty of buildings with amenities targeted specifically at dog owners. 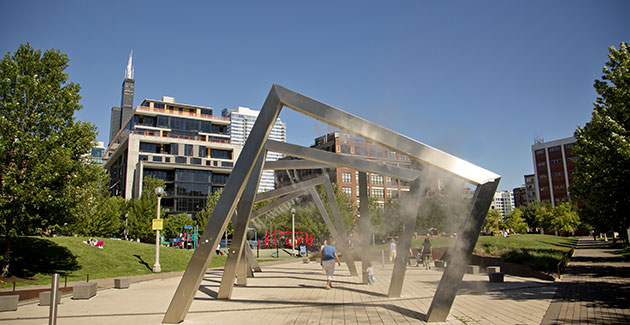 Chicago’s reputation as a foodie paradise continues to grow with 25 Michelin-starred eateries and many more acclaimed restaurants throughout the city. The nexus for the city’s electric dining scene is the West Loop. The transforming neighborhood was an afterthought for decades while the focus was on the core business district in the Loop, but the West Loop has carved out a prized spot ever since several large corporations began leaving sprawling office campuses in the suburbs and moving into West Loop offices. The influx of corporate tenants into the West Loop has also brought in apartment renters who want shorter commute times, and the trendy restaurant scene is being fueled by this movement as well. When it comes to shrinking the commute and getting the most out of neighborhood amenities such as world-class dining options, the West Loop is a prime spot to begin the apartment search.


Most Affordable Chicago Neighborhoods for 1 Bedroom Apartments in 2019 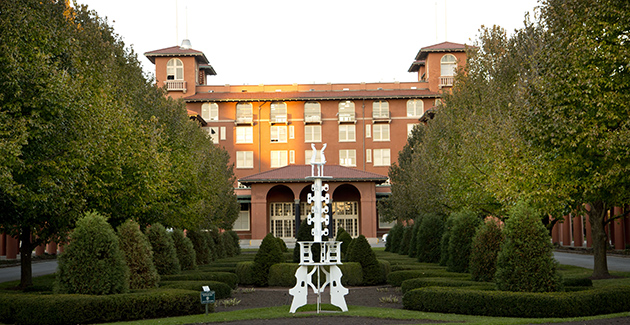 South Shore is a serene neighborhood that’s defined by classic apartment buildings and homes fronting Lake Michigan. South Shore still bears some resemblance to its heyday as a resort community thanks to the South Shore Golf Course and Cultural Center. The coral-colored colonnade and Spanish tile roof of South Shore’s main clubhouse are real throwbacks, transporting visitors to a bygone era while giving renters a viable option in their neighborhood to play tennis, golf or just enjoy a lakeside stroll along the beach. Rents are affordable, which is a nice trade-off for the distance that renters will need to commute in order to get to downtown. South Shore is about 10 miles from the Loop but renters can catch the Metra Electric rail to get downtown in a matter of minutes. 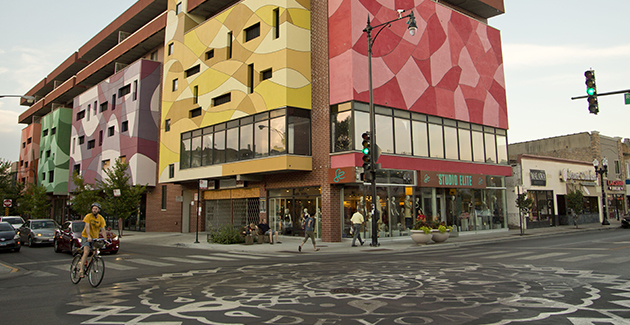 Apartments in West Ridge are close to a wide array of neighborhood amenities. There are gorgeous parks, a golf course, shopping centers, restaurants and of course many beautiful homes to admire while walking around the quiet side streets of West Ridge. The main thoroughfare for dining and shopping is W Devon Ave, home to a robust assortment of south Asian cuisine and one of the city’s largest grocery stores dedicated to carrying Indian produce and goods. Apartment renters in West Ridge can also enjoy a few unique seasonal activities from this far north side location. The largest city park in the neighborhood contains an ice skating rink during the winter months and the sledding hill is a popular draw for residents of West Ridge whenever it snows.

Nestled at the northern limit of Chicago is the Rogers Park neighborhood. And while it may be a bit of a hike to get to from downtown (about 10 miles north of Grant Park) this neighborhood is still quite accessible thanks to 24/7 service on the CTA Red line and many other bus routes. Lake Shore Drive meets its northern terminus before Rogers Park, so drivers will have to contend with a bit of local traffic before and after merging onto the Drive. But on the bright side, apartment renters in Rogers Park get unrivaled access to the gorgeous lakefront. Rogers Park apartments are usually among the city’s most affordable, and 1 bedroom apartments in Rogers Park offer a lot of bang for the buck with the natural asset of Lake Michigan practically at their doorstep.

1 Bedroom Apartments in Chicago Under $1250