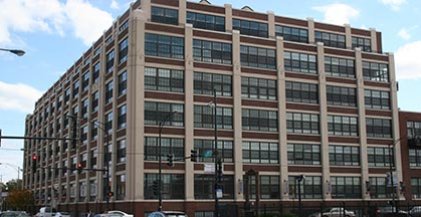 This building, which served as headquarters for Florsheim Shoes, was designated a landmark on march 29, 2006.  Alfred Alschuler designed and completed the building between 1924 and 1926.

History in Avondale
Clubs and Theaters 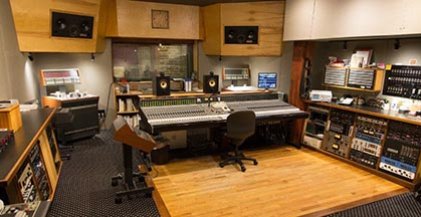 While neither a club nor a theater, Electrical Audio is a recording studio that has hosted such bands as OK Go, Blues Traveler, Cheap Trick, Liz Phair, The Stooges, and flogging molly.  Owned and operated by famed recording engineer Steve Albini, who produced nirvana's in utero and the pixies' surfer rosa, Electrical Audio opened in 1997.

Even though the vast majority of today’s music is digitally recorded, Albini and his crew work in both analog and digital formats.  Musicians choose from two studios at $450 or $650 per day, and Albini’s services as engineer costs another $700 per day.  According to the Chicago Reader, Albini received $100,000 for two weeks of work on In Utero.  Albini refuses to take “points,” or percentage royalties (the standard is three points, or three percent) on his projects.  “It has always been a point of pride that a studio like ours can have reasonable rates and high technical standards while treating people decently and still paying its bills,” he said to the Reader.  “I think a lot of poor behavior has historically been excused by business pressures, and I’m proud that we’ve proven those excuses phony.”

As a side note, Groupon founder Andrew Mason once worked as an intern at Electrical Audio. 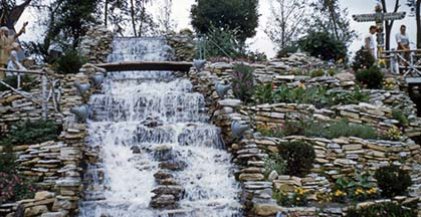 Torn down in 1971 to make room for a parking lot, one of Chicago's most storied novelties, the Olson Waterfall, was located here at the northwestern corner of Diversey and Pulaski.  In 1935, Walter E. Olson built a 22-acre park on the property adjacent to his sprawling rug mill, complete with an artificial mountain, a 35-foot waterfall, a duck pond, and thousands of perennials, junipers, spruces, and pines.

The project was a temporary boon to the local economy during the throes of the Great Depression, requiring 200 workers to spend six months fabricating it from 800 tons of stone and 800 yards of soil.  At the time of its grand opening on September 27, 1935, the park was deeded back to the Native Americans in a mock ceremony marking the 100th anniversary of their expulsion from Illinois.  Representatives of local native American tribes attended.  A newspaper covering the event reportedly described it as "the most pretentious undertaking of its kind in the country."  For decades, the Olson Waterfall served as a popular local picnic destination.