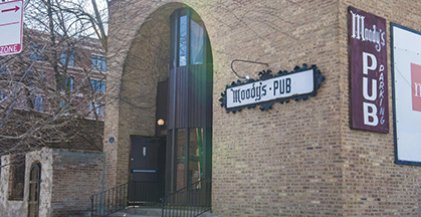 Moody's Pub originally opened in Old Town in 1959, but moved to Larrabee Street when the rents started escalating.  A fire destroyed its next incarnation, so in 1969 owner John Kahoun moved the operation to its current location in Edgewater at 5910 North Broadway.  By all accounts, it has changed very little since it first opened.  It's a bit dark and dank, and looks like something of a dive bar, but the locals sure don't seem to mind.

Food-wise, they flock for the hamburgers, sloppy joes, french fries, and onion rings.  And, of course, pitchers of beer and sangria are essential.  In the winter, the scattered fireplaces keep the patrons nice and toasty.  In the summer, the customers prefer to sit outside in the expansive beer garden, where speckles of afternoon sunlight pass through the tangled branches of the maple trees scattered about the patio.  (Common warning:  Sodas are served in ten ounce glasses stuffed with ice, and free refills are not offered.) 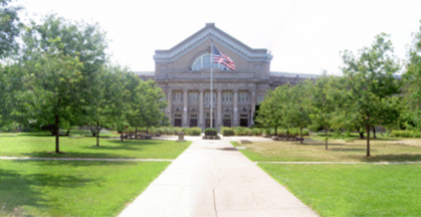 Home of the Bulldogs, Senn High School was established in 1913 at 5900 North Glenwood Avenue and named after Nicholas Senn, the founder of the Association of Military Surgeons of the United States.  In November 2005, an entire wing of the school was converted to the Rickover Naval Academy, the fourth military school in the Chicago public school system. 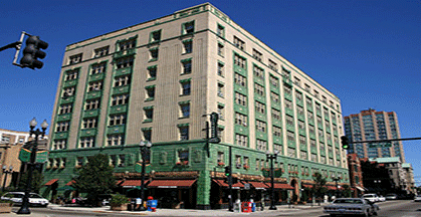 The Belle Shore apartment hotel was designated a landmark on January 20, 1999. 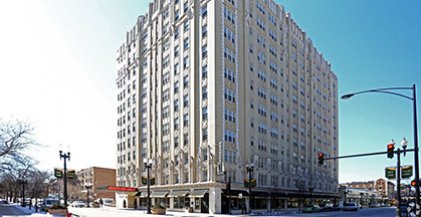 The Bryn Mawr apartment hotel was designated a landmark on January 20, 1999. 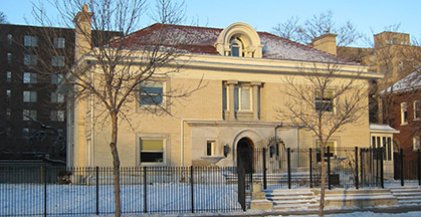 Designated a landmark on October 5, 1994, the Colvin House was built for physician Alexander R. Colvin and his wife, Sarah Tarleton Colvin, founder of the Minnesota Nurses Association. 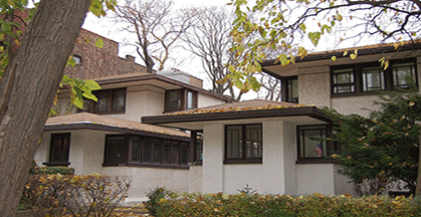 These identical Prairie-style houses were built by Walter Burley Griffin in 1908 for John Gauler.  The city bestowed these houses with landmark status on June 28, 2000.