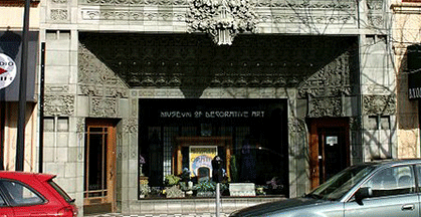 Completed in 1922, this building was the last one to be commissioned by Louis Sullivan.  Its facade, which was designed by Sullivan, is draped in a grey terra cotta design.  It was originally built for William P. Krause, who ran a music store on the main level and lived in an apartment on the top floor.  The city designated the building as a landmark on September 28, 1977.  Today it houses studio v design and the apartment on the second level still exists.

Check the available listings for the Lincoln Square neighborhood from time to time, you might just see it available for rent.