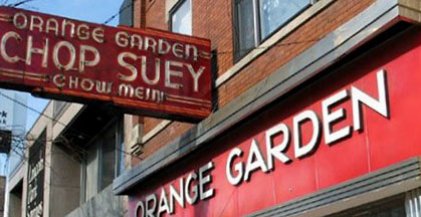 Orange Garden, at 1942 West Irving Park Avenue in North Center, is the oldest Chinese restaurant in Chicago.  It opened for business in 1924, making it nearly a quarter of a century older than the People's Republic of China.  It didn't adopt the name "Orange Garden," however, until 1932. The sign that hangs outside is the oldest neon light in the city.  The clock that hangs inside has been on the wall since 1932.

The frescoes were painted in 1944, and the restaurant, in an effort to preserve its heritage, follows a simple rule: "If it ain't broke, don't fix it."  Ownership has changed hands only once, and the current owner was a family friend of the original owners.

Though the online reviews tend to be all over the map, it ain't easy stayin' in business nearly 100 years without doing something right, and there's definitely no shortage of locals who swear by the food. 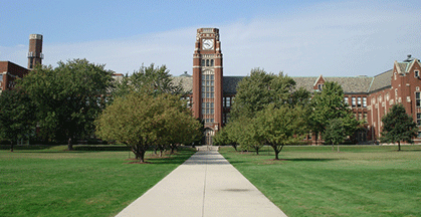