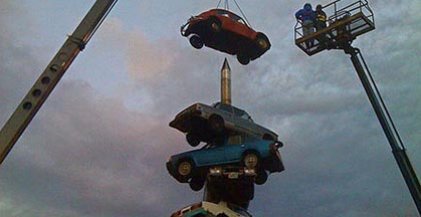 Formerly in the parking lot of the cermak plaza shopping center, at the intersection of west cermak road and south harlem avenue

The spindle (or "car kabob," as wayne and garth called it) was right here in the parking lot of the cermak plaza shopping center.  it appeared on the silver screen in "wayne's world," the 1992 comedy starring mike meyers and dana carvey.  erected in 1989, the spindle consisted of eight cars impaled on a 50-foot spike.  the shopping center owner, david bermant, commissioned california artist dustin shuler to create the oddity.

bermant even donated his own bmw to sit second from the top.  also known as the "eight-car pileup," it cost $75,000 to erect.

while berywn mayor michael o'connor described the spindle as an "icon in [their] community," berywn residents voted overwhelmingly against its continued presence in 1990, according to the chicago tribune.  in july 2007, approximately 2,000 critical mass riders flocked here to express their continuing support for the unusual landmark.  in april 2008, an attempt was made to auction the spindle on ebay.  the bidding was set at $50,000, exclusive of $100,000 in shipping and handling.  nobody bid.

in may 2008 it was disassembled to make way for a walgreen's. 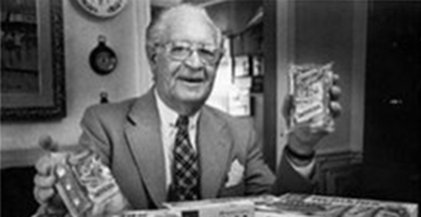 In 1920, James A. Dewar joined the Continental Baking Company as a delivery boy.  Six years later, he moved to this location in Oak Park.  In 1931, as he was rising through the ranks of his company, he hatched a brilliant idea for keeping the strawberry shortcake pans in use during the strawberry off-season.  He devised a new treat by injecting a piece of shortcake with a banana cream filling.

He named this invention the “Twinkie” after seeing an advertisement for the “Twinkle Toe Shoe Company” during a business trip to St. Louis.  In 1933, the company rolled out the “Hostess Twinkie.”  During World War II, a banana ration forced the switch to a vanilla cream center.  In 2007, as part of a promotion for the “King Kong” movie remake, the company reintroduced the banana cream filling.  It sold successfully, although Hostess declared bankruptcy in early 2012, temporarily forcing the Twinkies into a hiatus that finally ended in July 2013.  Meanwhile, the folks at Hostess forever referred to James Dewar as “Mr. Twinkie.”  He reputedly ate three Twinkies every night before bedtime, and he died in 1985 at the age of 88. 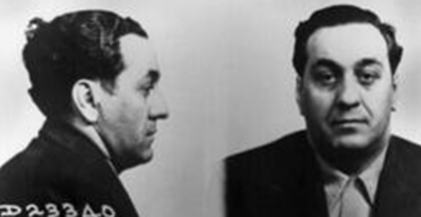 Over the course of several years, anthony j. accardo gradually succeeded al capone as the boss of the chicago outfit.  though arrested for kidnapping, extortion, murder, tax fraud, gambling, and union racketeering, accardo was never convicted of anything felonious.  according to his chicago tribune obituary, accardo even boasted that he never spent a night in jail.  at a u.s.

senate investigation into racketeering, "big tuna" was described as the "godfather of chicago organized crime...a legend in his own time, the heir to al capone."

accardo had the classic mobster nicknames: "big tuna," for his frequent fishing trips or "Joe batters," "batters," and "j.b." (for his prowess as an enforcer).  according to the chicago tribune, accardo caught capone's eye in 1924 when he was convicted of disorderly conduct and carried on like a "surly, short-tempered street hoodlum."

accardo had only two legitimate jobs in his life.  he worked as a delivery boy for a florist and as a grocery clerk.  later, he drove trucks of bootlegged liquor.  "big tuna" was an associate of the circus cafe gang, "whose members became affiliated with the capone crime syndicate and were suspects of the 1929 st. valentine's day massacre," according to the chicago tribune.  around this time, capone picked accardo to be one of his bodyguards.

after authorities sent capone to alcatraz in 1932, frank "the enforcer" nitti and paul ricca assumed leadership of the syndicate, using accardo as their front man, according to the chicago crime commission.  accardo ultimately acquired undisputed control after nitti committed suicide in 1943 and ricca was sent to the big house.  in 1950, the crime commission named accardo the "no. 1 overlord of chicago's crime syndicate."  just six years later, accardo retired as full-time chicago mob boss, according to the fbi.  he came out of "retirement" once in the early 1970s, when sam giancana, the mob boss who succeeded him, went to prison.

for a portion of the more than 40 years he lived in river forest, accardo lived in the 22-room mansion at this address.  he survived much longer than his mob counterparts--"machine gun" jack mcgurn, giancana, nitti, and ricca--and was one of the few to die a natural death.  he died at age 86 in st. mary of nazareth hospital center in chicago. 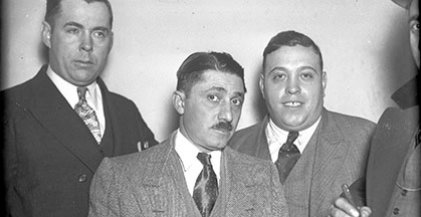 Francesco Raffaele Nittoni, later known as Frank "The Enforcer" Nitti, was born in the Salerno province of Italy, and he emigrated to the United States at the age of 12.  While in Brooklyn, he became a neighborhood friend of Al Capone's older brothers, dropped out of school early, and worked as a pinsetter, factory worker, and barber.

By 1918, he had moved to Chicago, but came by way of Galveston, Texas, where he was involved in some sort of organized criminal activity and may have stolen cash from two local gangsters, necessitating a speedy departure.  He and his wife Rosa took up residence at 914 South Halsted Street.

Before long, Nitti had become a skilled liquor smuggler, and he ended up working for Johnny Torrio and then Al Capone.  He would get his hands on Canadian whiskey and distribute it to a network of Chicago speakeasies.  Despite his nickname, Nitti preferred to let other strongmen do the dirty work.  In 1931, Nitti and Capone were convicted for tax evasion, although Nitti received only an 18-month sentence, compared to the eleven years handed down to Capone.  Nitti apparently suffered from claustrophobia, a syndrome particularly incompatible with incarceration.

Following his release from prison, he was hailed by the press as the leader of the Chicago Outfit, although mafia historians believe he was more of a figurehead than a boss.  Nonetheless, Nitti led the Outfit into new opportunities for racketeering, through labor unions and corporate extortion.  On December 19, 1932, a group of Chicago police raided his office.  Nitti was shot three times in the neck and back by Sergeant Harry Lang, who then shot himself, inflicting a minor flesh wound to create the impression that Nitti attempted to kill him.  Nitti survived.  In February 1933, he was subsequently acquitted on charges of attempted murder of a police officer.  (Some sources report that the trial ended in a hung jury.)  At the ensuing trial, Lang's partner, Harry Miller, testified that Sergeant Lang was offered $15,000 to kill Nitti.  Another police officer testified that Nitti was unarmed during the confrontation.  Both Lang and Miller were later fined and expelled from the force.  Nitti allegedly believed that Chicago Mayor Anton Cermak ordered the hit, and many mob historians believe that the mayor’s subsequent assassination (he was campaigning in Florida with President Roosevelt at the time) had Nitti’s fingerprints on it.

In 1943, many top members of the Chicago Outfit, including Frank Nitti, were indicted for extorting money from several prominent Hollywood movie studios.  On March 18, 1943, there was a mob gathering at Nitti’s house, which was located here in Riverside.  At the meeting, his henchmen blamed him for getting them into the Hollywood extortion racket and wanted him to take the fall for the whole gang.  Nitti ordered everyone to leave.  The next morning, dreading the prospect of another claustrophobic term in the pen, and possibly aware that he was dying of a terminal illness, Nitti waited until his wife left the house, tossed back a couple hard drinks, and walked to a nearby railyard with a pistol.  The first two shots went through his hat.  His third shot landed.