The Lakeshore East luxury apartments for rent at Cascade are located at 455 E. Waterside Dr and the northeast corner of the downtown Chicago neighborhood’s large, grassy park. It will be developed in tandem with a neighboring condo tower. Both buildings will share a parking garage and landscaped garden that connects the luxury apartments for rent at Cascade with the Lakefront Trail and Lower Lake Shore Drive.

The Lakeshore East neighborhood is unique among Chicago neighborhoods because of its relatively young age -- it was a patchwork of city-owned land and private rail yards before its redevelopment. Renters will appreciate that developers worked out a plan with Chicago city planners to turn this valuable pocket of lakeside land into a community where luxury high-rise apartments mingle with lush, landscaped parks and provide exceptional views of Lake Michigan, Grant Park, and the Loop. Renters at Cascade will undoubtedly be able to admire those world-class views from one of the 503 apartments planned for this new high-rise tower.

The neighborhood is a bit of a walk from the bustling streets of the Chicago Loop, but after a quick trek east on Randolph St, renters will uncover a hidden gem in downtown Chicago’s glass, steel, and concrete cityscape. The buildings surround a 5-acre park with a playground, water feature, dog-friendly area, winding pathways, and manicured lawn. The park, appropriately named Lakeshore East Park, acts as the communal front yard for many of the apartments in Lakeshore East. Several of the area’s most popular businesses are also found steps away from this park, such as III Forks, Subway, Eggy’s Diner, Mariano’s, Mezcalina Mexican, and a CVS Pharmacy. GEMS World Academy Chicago would be the nearest school to Lakeshore East apartments at Cascade. The journalism and communications school of Northwestern University is around the corner on E Wacker Dr.

Contact Cascade Apartments today to schedule a tour of these Lakeshore East luxury apartments for rent!

This would have been a solid choice but you'll need to browse for other apartments in Lakeshore East that are actually available now.

New buildings rise above the city's best parks.
Apartments for rent in this newly developed part of the downtown Chicago cityscape include many luxury high-rise apartments that are available in studios, 1, 2 and 3 bedroom layouts.
Explore Lakeshore East See all Neighborhoods 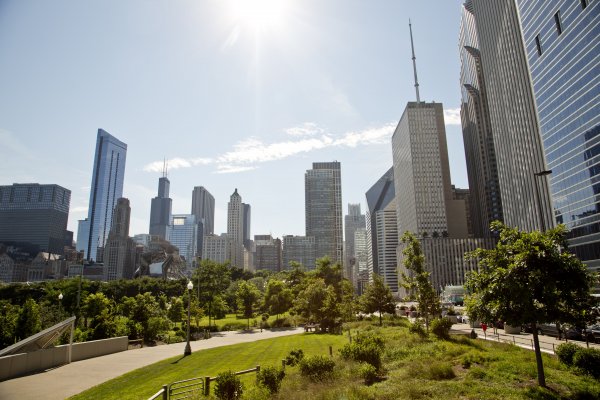