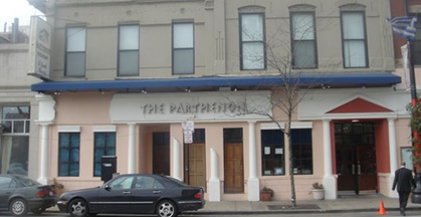 Could flaming saganaki be one of Chicago's most significant culinary achievements?  Most people don't realize that flaming saganaki ("opa!") was invented right here in the Windy City by Parthenon co-owner Chris Liakouras.  Chris moved from Detroit to Chicago in 1958, and his brother Bill joined him two years later.  They each worked a series of odd jobs in the restaurant industry while saving up the money to pursue their own dream.

In 1968, they opened "The Parthenon" at this location.  It was a mere cubby hole at the time, but it's popularity spread quickly, and the restaurant expanded several times over the years.  It continues to thrive today in its original location. 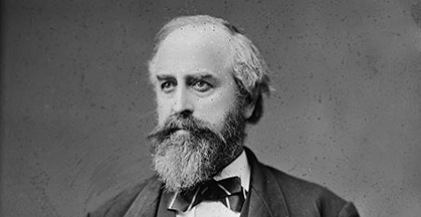 The night before the conclusion of the 1893 World's Fair, five-time Chicago Mayor Carter Harrison was assassinated in his mansion at 231 South Ashland Avenue, by Patrick Eugene Prendergast, an Irish immigrant and crackpot who was upset that Harrison did not appoint him as Corporation Counsel.  Prendergast was working as a newspaper distributor and supported Harrison's re-election campaign, quixotically thinking Harrison would appoint him after winning the election.

When that didn't happen, he shot the mayor three times at point-blank range in the doorway of his house (which was located here).  Thirty minutes later, Prendergast surrendered to police.  The 26 year-old was hanged on July 13, 1894. 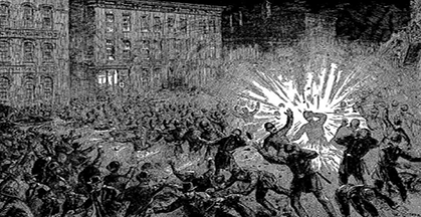 The 1880s marked a time of great labor unrest in the United States.  Workers held generally peaceful rallies in support of the eight-hour workday all across the country.  But on the evening of May 4, 1886, at a rally attended by Mayor Carter Harrison, an unknown person hurled a bomb at police near Randolph and Desplaines streets, killing officer Mathias J. Degan instantly.

In the ensuing confusion, eight police officers were killed mostly by friendly fire, and at least four workers were killed too.  The entire event, from explosion to final shot, lasted less than five minutes.  The Chicago Herald called the aftermath "wild carnage."  Eight men were charged with Degan's murder, seven of whom were sentenced to death.  The eighth man was sentenced to 15 years in prison.  Governor John Peter Altgeld famously pardoned three of the men after four had already been executed and one had committed suicide in prison.  The site was designated a Chicago landmark on March 25, 1991. 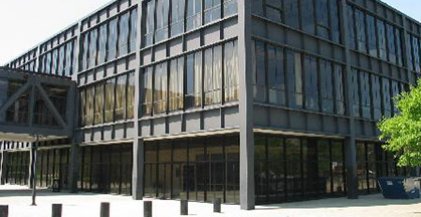 Home of the Dolphins, Whitney Young opened on September 3, 1975 at 211 South Laflin Street.  The school was named after Whitney Young Jr., who was an American civil rights leader.  Whitney Young was the first Chicago public school to receive the U.S Department of Education Blue Ribbon Award, which recognizes schools that are either high performing or have improved student achievement to high levels, especially among disadvantaged students.