Apartment renters who are in the market for high ceilings and those unmistakable factory windows have a plethora of choices among Chicago apartments. The city’s industrial legacy has left the city with a silver lining of sorts: renters who want unique apartments can call one of the many converted warehouses or factories home in post-industrial Chicago. The inspiring dimensions and colorful histories of a loft apartment keep renters coming back year after year, and that helps explain why these Chicago neighborhoods are hanging on to the past with such fervor.


The West Loop is Awash in Loft Apartments 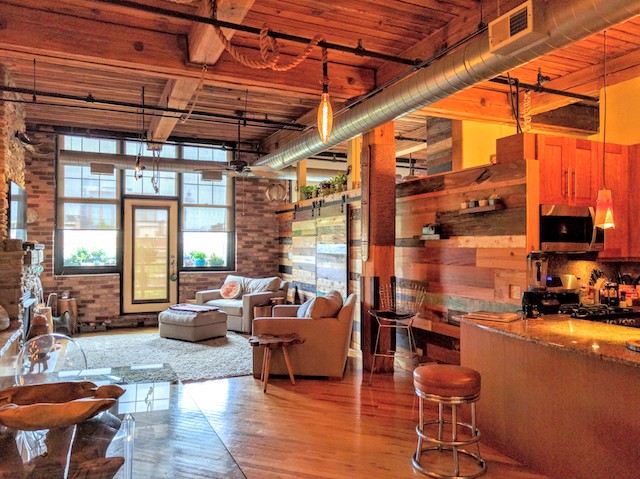 The rapid pace of development in and around the West Loop means apartment renters in the market for new apartments can find something right up their alley, but loft apartments in Chicago’s West Loop have stood the test of time. Lest we forget, this former meatpacking district had its share of utilitarian buildings and was something of a sleeper neighborhood for many years -- until McDonald’s Corp. and Google decamped their former offices to build gleaming new playgrounds for their employees in the West Loop. More spacious offices followed the lead of these two companies to set up shop west of the Chicago River.

Renters in search of loft apartments in Chicago’s West Loop can find a few architectural remnants from the neighborhood’s gritty past, though. One of the West Loop’s loft highlights includes the old home of a leatherworks and tannery that’s now home to chic urban loft apartments. There’s also the former site of the Nabisco Factory. They don’t manufacture any delectable snacks on the site anymore but there is a fabulous French restaurant in the building now so renters in these West Loop lofts don’t need to venture far for a good meal. 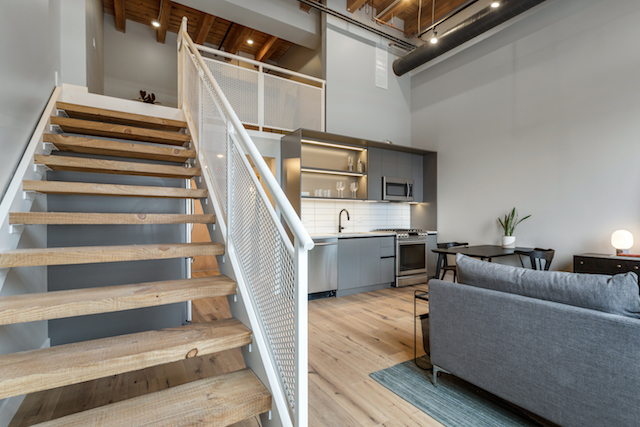 This impressive River West loft building began life as a lumber yard for the growing city back in the late nineteenth century. Now, these renovated loft apartments offer stylish places to call home with top-of-the-line finishes and tons of rustic character maintained from the building’s rich history. 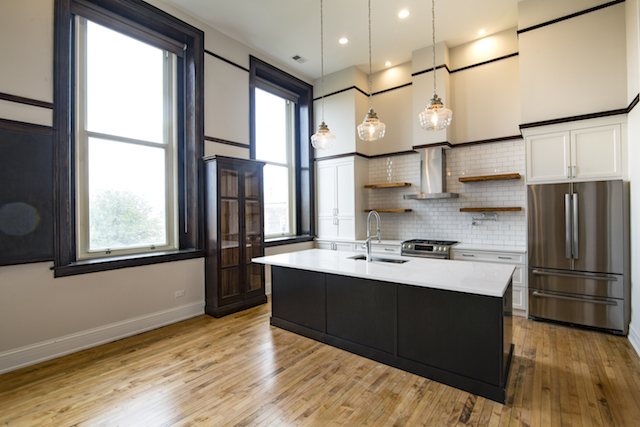 The Motley School was constructed in the 1880s, so it might legitimately rank as one of the oldest places to call home on this list. But there's nothing but fresh looks to be found in the masterfully restored school that's home to beautiful lofts today.


Take a Trip Down Memory Lane in South Loop Lofts 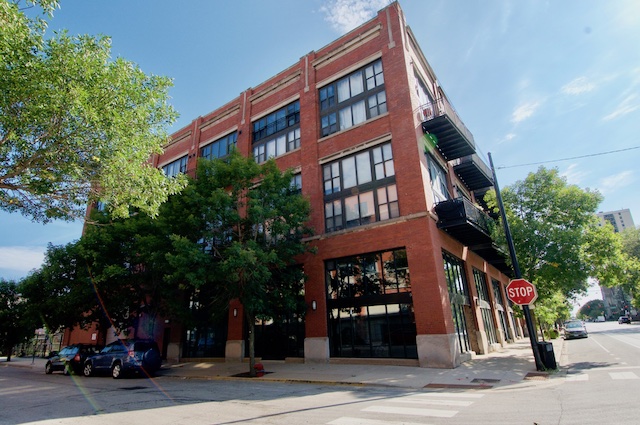 This part of Chicago was prime real estate in the mid-twentieth century for auto dealerships and car showrooms. The lasting legacy of the automobile, and all of the satellite businesses that supported its drive into the center lane of American life during the late twentieth century, helped shape some of the converted loft apartments in the South Loop.

The famed Motor Row was a place where Chicagoans could scope out the latest Cadillac, Buick and Ford production models before hitting the road in a shiny new car. This district is defined by a stretch of South Michigan Avenue that’s immediately west of McCormick Place. Chicago’s Motor Row has designs as becoming an epicenter for a nightlife and entertainment renaissance in the South Loop. So renters who get into gear in one of the many lofts for rent in the South Loop will be in good position to take advantage of the newly resurgent Motor Row. 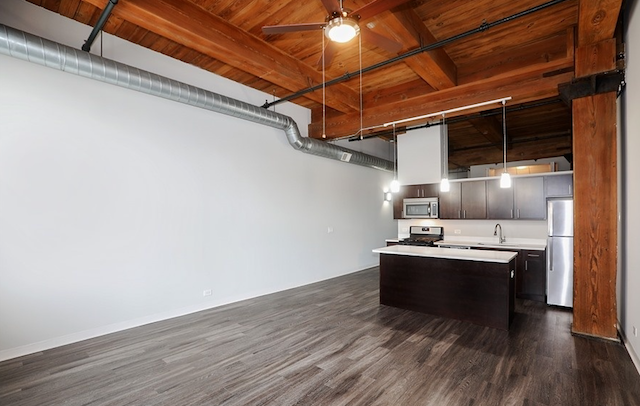 Renters will find apartments with historic appeal and plenty of modern comforts in this South Loop loft building, including a mobile app to communicate with the property managers and secure package delivery hub in the building. 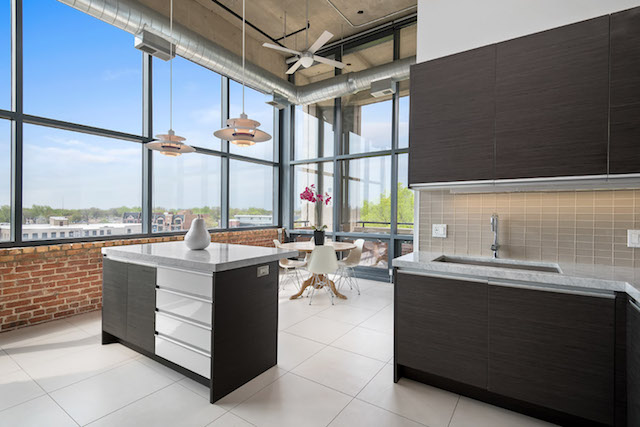 This quiet northwest side neighborhood shouldn’t be slept on, especially by loft apartment fans. The brick factories and warehouses on Ravenswood Ave are probably some examples that quickly leap to mind for renters who know about Ravenswood. While there are plenty of characteristic brick buildings found parallel to the Metra tracks along Ravenswood Ave, there are more discrete gems to be found in the neighborhood. There are even some stunning contemporary lofts available in Ravenswood, like this chic loft condo building pictured above that's near the border of Roscoe Village. 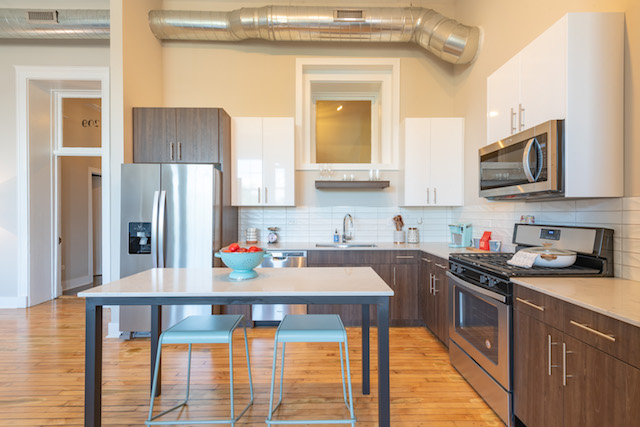 Another converted school on this list, the Stewart School is found in Uptown near the CTA Red and Purple line station at Wilson. Trek a few blocks west to get to Ravenswood or explore the many shops and restaurants of Broadway from these loft apartments.


Uncover the City’s Industrial Past in River North Lofts 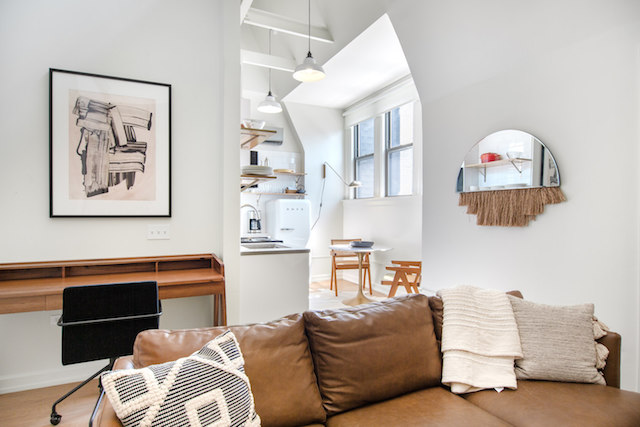 Today it’s a posh area with 4-star restaurants around every corner, but this former industrial hub immediately north of the Chicago River used to be home to warehouses and loading docks that supplied much of the commerce along the busy waterway. The industrial footprint of these old warehouse districts means people who seek out high ceilings, timber support beams and interesting old details are primed to find something they’ll enjoy.

Other unique loft buildings can be uncovered in River North, including a former piano factory and music conservatory that’s now home to studios and 1 bedroom loft apartments. 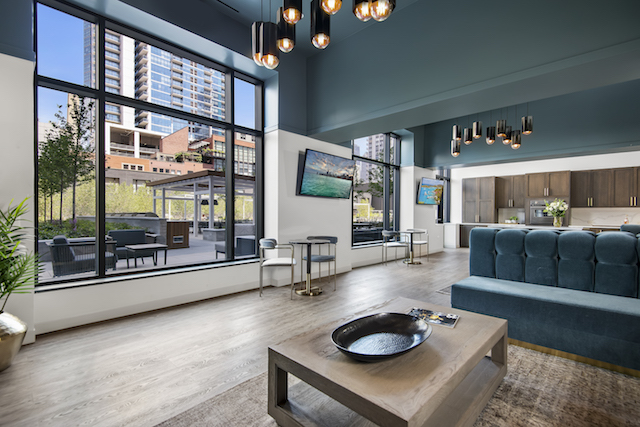 Renters can explore the heart of River North's rustic past without sacrificing an ounce of comfort in River North Park. This apartment building offers in-unit laundry for select units and renovated kitchens.

Apartments with the Best Views in Chicago