Although fewer apartment renters in Chicago were commuting into the city center in 2020, many apartment renters relied on the occasional bike ride to provide easy, low-cost recreation opportunities amid business closures or as a way to break up the monotony of working from home. As renters look ahead and plan their next move, one selection criteria for their next apartment is whether or not they're able to enjoy the many miles of bike lanes and designated cycling paths in Chicago.

Whether riding for sport or as part of the daily commute, cyclists can cruise hundreds of miles across Chicago to get where they're needing to go. The Divvy bike share program is another affordable transit option for Chicago apartment renters, offering them the chance to check out bicycles for brief rides as part of North America’s largest bike sharing program. There are over 300 miles of bikeways in Chicago, and 100 miles of protected bike lanes that were put in place by Chicago Department of Transportation (CDOT) from 2011 to 2015. With more protected bike lanes and off-street cycling paths being built since the inception of the ambitious Vision Zero plan, Chicago’s infrastructure is becoming more bike-friendly with each passing year. 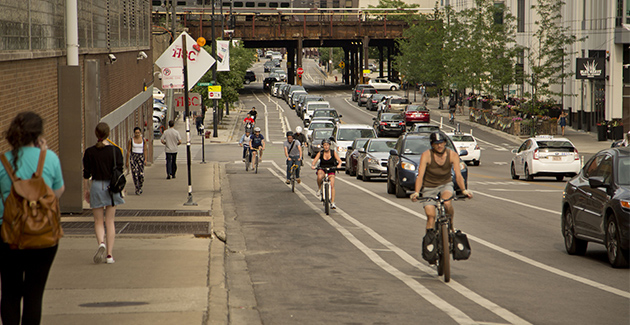 Vision Zero targets overall pedestrian safety and safety measures specifically geared towards cyclists, but it’s not a guarantee that every city street will become bike-friendly. The city has followed a “hub and spoke” design principle as it has developed infrastructure around cycling safety.

Spoke Routes are direct routes in and out of the Loop that will provide a safe, continuous bikeway and connect all areas of Chicago with the downtown. The primary goal of the Spoke Route network is to increase bicycle commuting citywide.

The seven Spoke Routes are: 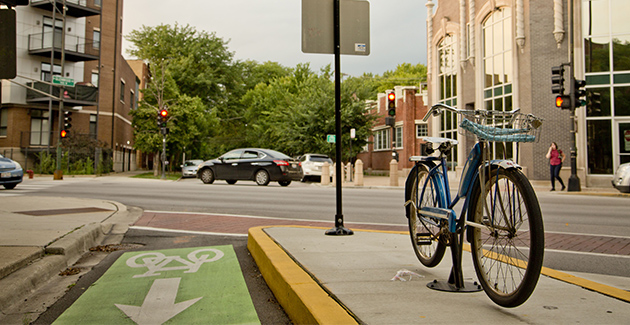