A few years back, Michael Salvatore, owner of Heritage Bicycles, was riding through Lakeview and came across an empty, boarded up building. Peeking inside, he saw the potential in this seemingly lifeless, underutilized space. The space would eventually become Heritage Bicycles General Store.

The General Store at 2959 N. Lincoln Ave is a combination of bike manufacturer, bike repair shop, and café. It is well known for the high quality bikes it produces, along with the friendly feeling of the café. For Salvatore, coffee and bikes seem to go hand in hand, so he wanted to combine the two entities. Plus, when winter comes around, fewer people are riding, so having a coffee shop helps during the cold season.

Additionally, Salvatore and his wife, Melissa, own two “outposts” located in Uptown that focus solely on coffee. They plan to open a new location in River North this February. 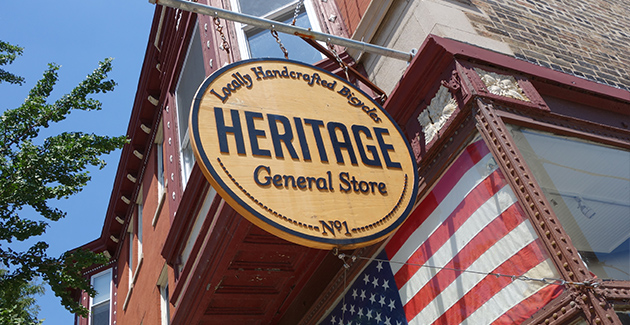 In 2012, the General Store was the first location to open. The concept of a bike café may seem better suited for a neighborhood saturated with hipsters and heavy bike traffic, such as Logan Square or Wicker Park instead of Lakeview. For Michael Salvatore, that wasn’t the case.

“You go to Wicker Park, or Logan Square, these are established neighborhoods. You have to abide by their rules, form to their area. I think coming to a space like this gives you a little more freedom, little more space to do what you want to do.”

This freedom gave Salvatore and his wife the chance to play with the decor at Heritage Bicycles General Store. They created an aesthetic that included vintage “family heirlooms” that Salvatore found in his parents’ basement, including a gramophone belonging to his great grandparents.

With its open ceilings, white walls, and overall bright appearance, the café and store give off a homey vibe. The space’s vibe is similar to that of Salvatore’s home, located just half a block away from the General Store. “We like it clean with vintage aesthetics,” Salvatore says.

When not at work, Salvatore likes to spend time with his family and explore other Lakeview locales. One of his favorites is Side Street Saloon, a little pizza joint near the General Store. “Serves the best thin crust pizza in the city,” he says.

Salvatore frequents the Lakeview YMCA and South Lakeview Playground Park. “All the families gather there,” he says. “You get all the neighborhood.” His favorite aspect about Lakeview is its close proximity to lake. “It’s a mile and a half away. I take my kids on the bike, ride straight down Wellington. Got the beach path and enjoy the ride.”

Despite so many pros to living in Lakeview, Salvatore finds the neighborhood to be underappreciated. “Lakeview is undervalued…from a cultural standpoint…I think we’re the underdog. No one really defines this area, no one really understands it, knows it, [or] what’s in it.” Despite being known by outsiders for its sports bars and Cubs party scene, the convergence of nightlife, baseball, seven L stops, and a thriving theater scene are what give Lakeview its very own one-of-a-kind flavor. 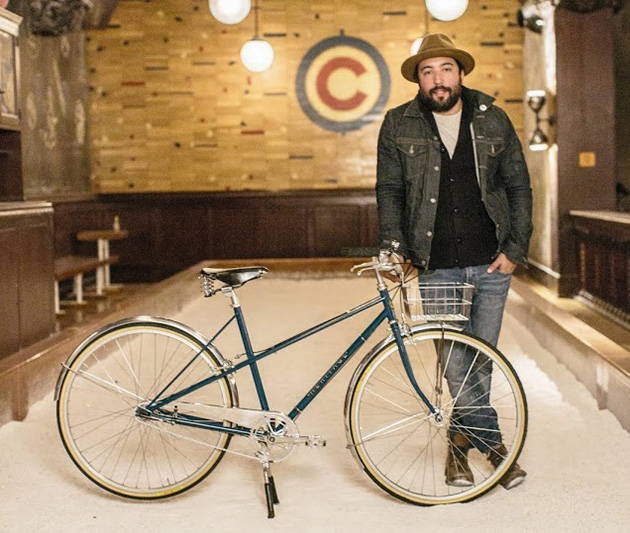 In Chicago, our homes extend beyond the walls of our apartments and into the neighborhoods where we live. Through conversations with local business owners, this series explores the institutions that give each neighborhood its unique character with the goal of helping renters find a place that feels like home.​

Ben Kramer is a freelance writer currently living in Chicago. He has written primarily about beer and alcohol for the Chicagoist, RedEye, and Newcity. When not writing, he’s either busy being a barista or listening to Marvin Gaye.

Vintage Apartments for Rent in Chicago