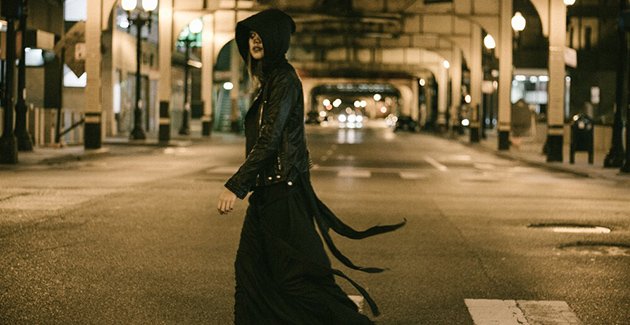 Chicago neighborhoods all have their own unique style, and they tend to apply the same unique flair when it comes to celebrating Halloween. Each neighborhood will have a range of activities to mark the year’s spookiest holiday, from events that are family-friendly to more advanced thrills that surely aren’t meant for the faint of heart.

Here are some of the ways different neighborhoods in Chicago like to celebrate Halloween.

Music Box of Horrors
Who doesn’t enjoy the occasional scary movie? If you can’t get enough of them, then you’ll want to check out the 24-hour scary movie marathon held at the iconic Music Box Theater. The scare-a-thon kicks off at noon on Saturday, October 7th and continues until noon the next day. The Music Box will screen 13 (eek!) horror flicks back-to-back, with entries ranging from silent-era horror films to modern classics and forgotten gems, for those who think they’re up to the challenge of non-stop scary movies.

Arts in the Dark Parade
Local artists will display costumes, original parade floats and put their most creative crafts on display in this celebration near Grant Park on Saturday, October 21. Some of the artistic groups that have signed up for this year’s parade include The Lookingglass Theater, 1871, West Town Bikes and the Mariachi Ensemble. Get to Buckingham Fountain early to catch the Chicago Blackhawks Street Team for Hawks gear and other prizes. Costumes are definitely encouraged and the after-party at the Bean in Millennium Park should be a frighteningly good time.

Northalsted Halloween Parade
This long-running parade of inventive, outlandish costumes through the heart of Boystown is a frightful delight each year, and it’s ranked among the 10 best Halloween celebrations in the United States according to Fodor’s Travel Guide. The costume parade kicks off Halloween night at the intersection of Halsted St and Belmont Ave and concludes with winners from four different categories -- best theme, scariest, most original and drag -- announced at the corner of Halsted and Roscoe. Registration is open to the public but participants in the costume contest must register to walk in the parade.

Navy Pier’s Haunted Halloween Ball
Party with 3,000 other costumed Chicagoans in Navy Pier’s Aon Grand Ballroom. This massive celebration is one of multiple events planned for the pier during Halloween season. There are also haunted mazes and haunted cruises departing from the pier on Saturday, October 28. But no word on whether or not Navy Pier will be resurrecting the doomed “Zombie Barge” from a few years back.

Logan Square Halloween Parade
Join Chicago’s own madcap marching band Mucca Pazza for this costumed parade down the boulevard in Logan Square. The parade starts at Palmer Square Park in the evening of Sunday, October 29. All ages welcome.

Dia de los Muertos Masquerade Ball
Celebrate life and the spirits on Saturday, November 4 with this masquerade ball in Pilsen’s National Museum of Mexican Art. This celebration of Mexican arts and culture will feature food, live music, dancing and masquerade costumes (of course). Tickets can be purchased in advance and proceeds go to support the museum.

Finding a Pumpkin Patch in the West Loop 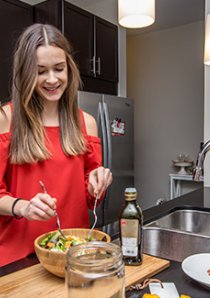 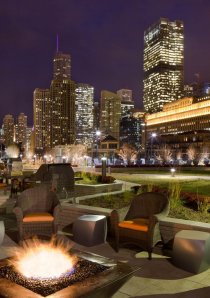 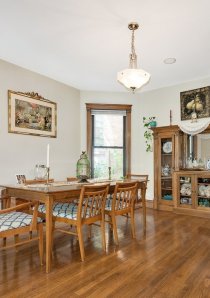