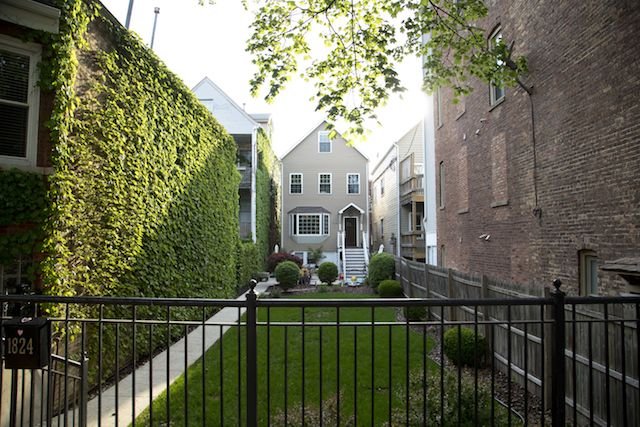 Here’s the thing about Chicago apartment renters who’ve been around the block a few times: they decide on an ideal neighborhood first, then narrow their search down to the apartment building they prefer. And being a neighborhood-focused apartment listing site, Domu is prepared to dish on which ‘hoods are rising up the ranks among renters. These are the neighborhoods that are trending up when looking at the first couple months of apartment search data for 2020 compared to the previous year. 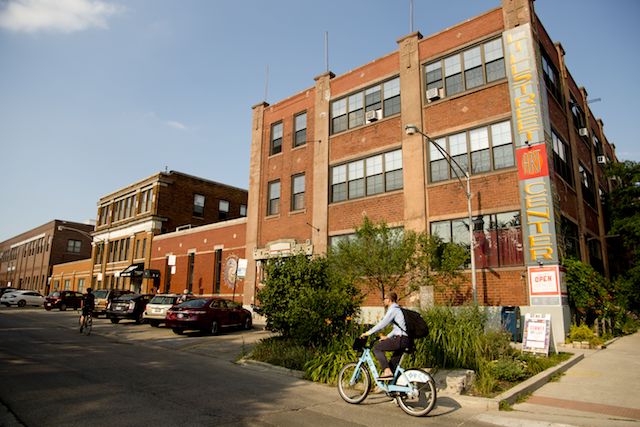 Renters are warming to this northwest side neighborhood on the CTA Brown line. And there are ample reasons to check out Ravenswood. Commuters will appreciate the easy Brown line access with stops at Montrose, Damen, Western and Rockwell, and the Metra UP-N can whisk people downtown in less than 20 minutes if they board at the Ravenswood station. Renters in this neighborhood can expand their artistic endeavors with classes at LillStreet Art Center or they can browse for a piece of art that’ll really tie together their apartment’s look. Locals love to congregate for casual drinks and meals on the popular rooftop at The Fountainhead (when weather permits) and plenty of small cafes and shops infuse loads of charm into Ravenswood, making it a perennial favorite neighborhood among renters. 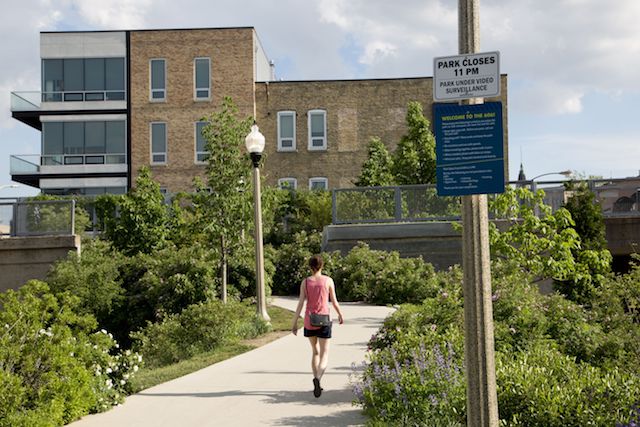 This trendy neighborhood that straddles the Kennedy Expressway is rising in search volume versus this same time last year. Renters may have some familiarity with Bucktown’s popular spots like Map Room, 90 Miles Cuban Cafe and the ever-popular 606 trail that runs along the neighborhood’s southern boundary. The CTA Blue line is accessible via the Western Ave station and renters can easily catch the no. 73 Armitage Ave bus to explore Bucktown or branch out to adjacent neighborhoods like Logan Square and Lincoln Park. In that same vein, Bucktown is conveniently situated between these two in-demand neighborhoods; it’s not quite as pricey as Lincoln Park and renters may prefer renting in Bucktown to be a bit closer to the Loop than Logan Square apartments. 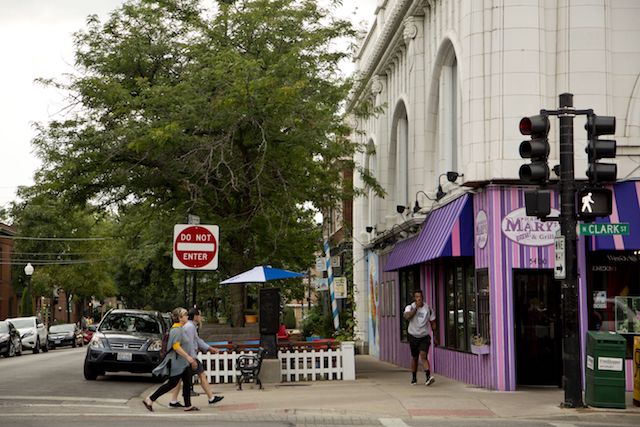 Alight the no. 22 Clark Street bus at the bustling corner of Clark and Foster to understand why renters are showing strong interest in Andersonville apartments this season. The retail along N Clark St is stellar for renters in this neighborhood. And getting around town via the CTA Red line is also quite doable (it’s a 10-minute walk to the Berwyn station). One of the most heavily trafficked local businesses right now is Andersonville’s Dispensary 33 -- the first licensed medical marijuana dispensary in Chicago has been welcoming customers to partake in the recreational market ever since January 1, 2020. A lot of other businesses near Andersonville apartments are feeling buoyed by the added foot traffic, like Lost Larsen, Bongo Room, SoFo Tap and Hopleaf to name a few. 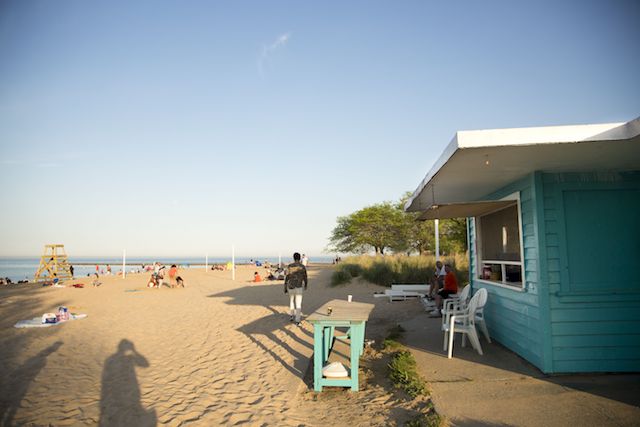 The Loyola University Chicago’s Lakeshore Campus occupies a prized portion of the Lake Michigan shoreline in Rogers Park, but there’s so much more lakefront to explore for renters in this far north side neighborhood. In fact, there are 10 distinct beaches to explore in Rogers Park. Sun-bathers and swimmers aren’t the only renters who will enjoy living in Rogers Park. The annual Glenwood Avenue Arts Fest is a beloved celebration that brings together local artists, vendors, musicians and restaurants to celebrate the colorful Glenwood Ave and its miles of murals, all of which were done by local painters and volunteers. 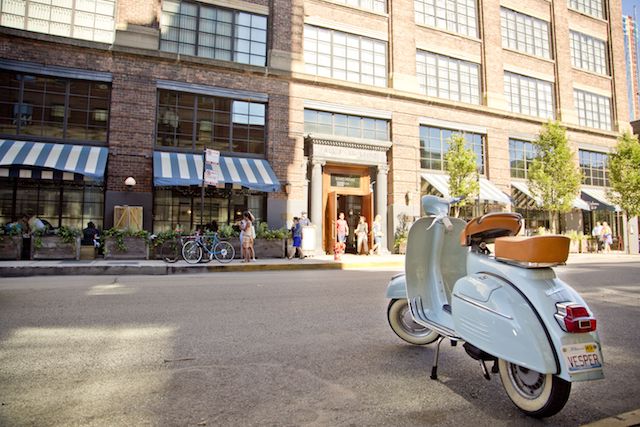 This should come as no surprise. More renters are beginning their search for apartments in this hyper-trendy neighborhood to avail themselves of the perks that come with renting West Loop apartments. There are the renowned dining spots along Restaurant Row, such as Girl & the Goat, Au Cheval, City Winery and Lena Brava, and the CTA Green line station at Morgan provides quick access across the Chicago River to get into the heart of the Loop. There may not even be many occasions for West Loop renters to stray too far outside of the neighborhood since large corporate offices have begun scooping up prime real estate nearby. Google and McDonald’s were among the two largest brands leading the charge and investing in West Loop office space, and if more large corporations are following suit then renters could easily walk to work from their West Loop apartments. 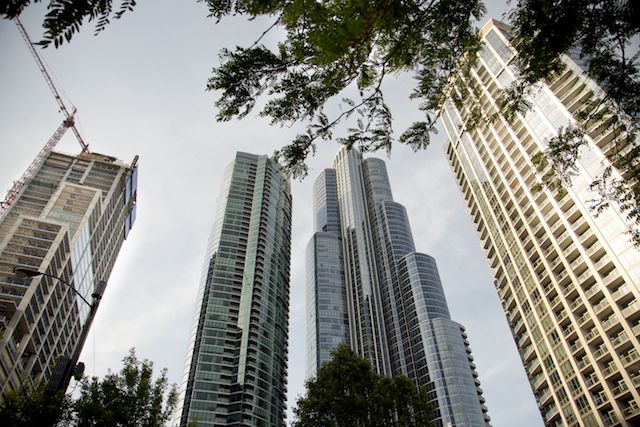 There aren’t many rivals to compete with the views offered by South Loop apartments. This neighborhood brings renters postcard-worthy views of the city’s gleaming skyline and the vast expanse of Lake Michigan. The South Loop is also one of the most well connected neighborhoods for apartment renters. The CTA Red, Orange and Green line trains stop at Roosevelt station. The Metra South Shore Line and Metra Electric trains make stops near Soldier Field and along South Lake Shore Drive. Buses zip up and down Michigan Ave and State Street. Looking beyond the commute, there are ample reasons to hang out in the South Loop. The Showplace ICON theater at Roosevelt Collection is a popular spot to catch a flick and Grant Park, aka Chicago’s front yard, presents myriad pathways and gardens to wander around. The volume of new apartments constructed in the South Loop are a testament of the neighborhood’s selling points. 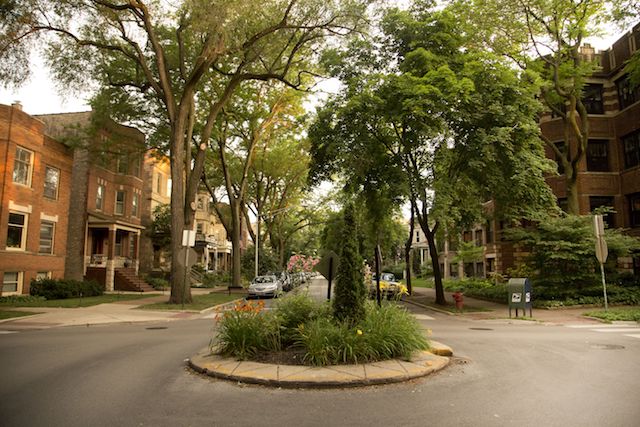 The north side neighborhood of Edgewater is among the most diverse in the city. Dozens of languages can be overheard as renters stroll along the beaches in Edgewater or bounce between small businesses on Broadway. Renters love the affordable rents and vintage buildings in Edgewater, but it’s also easy to get out and explore the rest of the north side via the no. 36 Broadway bus or by hopping the CTA Red line from one of four ‘L’ stations in the neighborhood. Senn High School is one of Chicago’s magnet schools and has a long track record for academic excellence. Renters in Edgewater have tons of restaurant options for dining out, or they can pick up groceries at the large Whole Foods on Broadway conveniently located near the Thorndale CTA station. 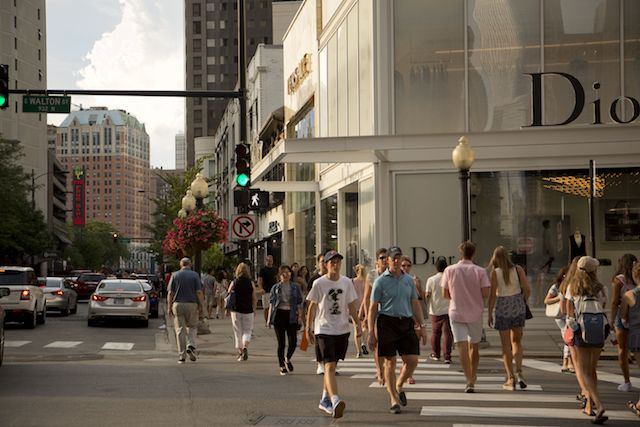 The tony Gold Coast neighborhood carries a reputation as a gilded playground for Chicago’s elite, but the reality is that renters will find a wide range of apartments at virtually all points of the price spectrum in this neighborhood that’s north of downtown Chicago. Whether it’s a luxury 4-bedroom apartment with jaw-dropping views or an affordable studio that’s close to work in the nearby Loop, Gold Coast apartments are never too far from one of the quintessential Chicago people-watching spots. Gibsons Steakhouse is a time-tested destination for hearty meals with upscale flair. But there are more modern eats in the neighborhood as well, like the gluten-free dining at Little Beet Table, and Velvet Taco offers the closest thing to laidback Mexican street food renters can find in the Gold Coast. Still, the neighborhood retains that unmistakable edge of flashiness and opulence thanks to luxury brand outposts like the Gucci flagship store and the highly Instagrammable interior of the 3 Arts Club Cafe. It’s also a neighborhood where people with a taste for luxury autos like Bentleys, Maserattis, Lamborghinis, Rolls-Royces and Ferraris can splurge to their heart’s content. 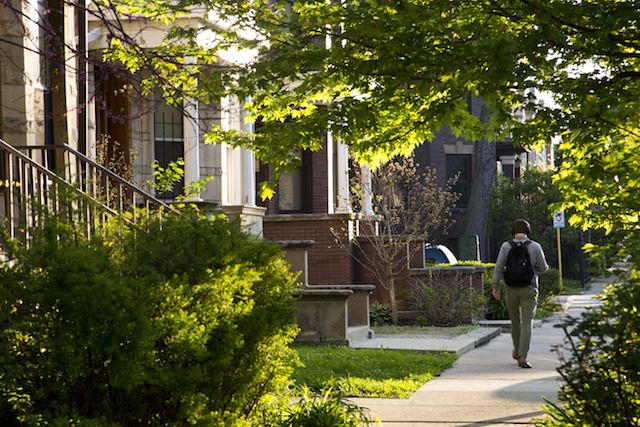 Logan Square was a prime landing pad for budget-conscious renters up until the last few years. The neighborhood was largely made up of affordable single family homes and vintage apartments that helped keep costs down. It’s a different story now, as new construction projects pop up along N Milwaukee Ave that put renters with higher incomes close to a couple of the neighborhood’s selling points: the CTA Blue line and the popular Bloomingdale Trail, aka the 606. Catching the Blue line is still a viable way for renters to get downtown from their Logan Square apartments, but the bike-friendly infrastructure on Milwaukee Ave makes this neighborhood a good bet for folks who want to get around the city in a carbon neutral fashion. Speaking of going green, the Logan Square Farmers Market still draws large numbers of residents to the Square each weekend. And a number of trendy businesses have ridden Logan Square’s wave of popularity, bringing experimental chefs and craft cocktail bars to a neighborhood that was primarily corner stores and cozy dive bars a generation ago. 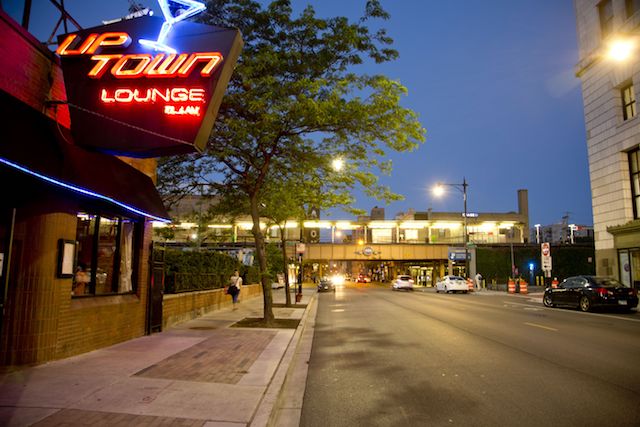 Experts in the real estate community have been saying that Uptown is poised for a comeback. And the early 2020 search data bears that theory out to a slight degree, though it’s hardly a slam dunk at this stage. Still, renters can get in ahead of the anticipated rush if they give this classic Chicago neighborhood a closer look. The CTA Red line provides easy access in and out of the city and there are several other perks unique to renting an apartment in Uptown. One of the largest Target stores in the city can be found a few steps away from the train platform at the Wilson station, and Chicago’s one-and-only Sonic Drive-In is located in Uptown. Why did this retro-inspired drive-in chain choose Uptown for its only Chicago location? That mystery may be solved by Uptown renters who explore all the happenings near their apartments in 2020. 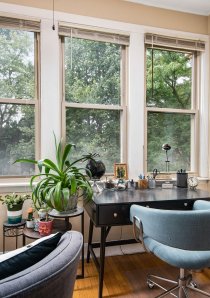 The Most Bike-Friendly Places to Rent in Chicago 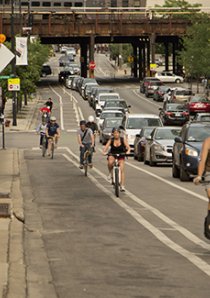 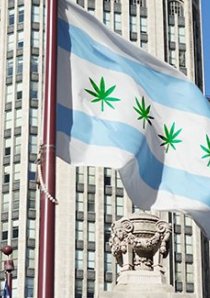